Thinking of doing an expert roundup in your niche?

Read on to see how I managed my email outreach for the latest roundup “Kick Ass Local SEO Strategies from Around the World” and got 28 contributors onboard in just 5 days!

In this post I’ll be demonstrating how I use BuzzStream to manage my email outreach efforts.

For the local SEO roundup I divided people up by country and with one separate tab for Gurus:

I then filled out each person’s contact details under 6 fields:

Note: I use these specific names for each field because later when I upload the excel in .CSV format to BuzzStream they match up perfectly.

I then save the file as a .CSV and upload to BuzzStream.

BuzzStream automatically matched up the fields with my import file headers: There are many more fields to choose from but I just like to use 6 because it makes the whole process a lot faster.

Once I’ve got my contacts uploaded my next step was to create a template:

BuzzStream makes it easy to personalise your templates with dynamic fields: I used these fields to personalise my local SEO outreach template like this: Note: One thing I’ve learned from my email outreach campaigns is that it’s best to keep your question as short and sweet as possible. Also, notice how I put a link to the last roundup as a P.S. to show a little social proof and encourage people to get involved with the new one.

After preparing my template I saved it and went back to my list of contacts.

So now that I’d uploaded all the Gurus and other local SEOs from Australia, New Zealand, Canada, United States and United Kingdom it was time to commence outreach!

First I selected my contacts:

Then I began outreach!

Instead of emailing everyone at the same time I scheduled emails to go out in blocks to hit each country’s time zone at 1pm (just after lunch) on Monday and Tuesday afternoon. Since I currently live in China, 1pm EST is 1am for me 😉 The reason I chose 1pm instead of 9am is because people usually have a backlog of emails to get through in the mornings and my email would have less chance of getting buried.

I also spaced out the outreach between Monday and Tuesday because I was worried I might be too overwhelmed by replies if I did them all at once.

As soon as people started replying the email conversation appeared in the BuzzStream Dashboard. This is an awesome part of the CRM that allows you to keep on top of all your interactions. I then noted each stage of the conversation in my original excel sheet so I could easily see who had answered already, or needed following up:

These first 20 contributions were received without any need to nudge or follow up later in the week. That’s a pretty low conversion rate (13%), however, it must be noted that the question was VERY specific, requires quite a bit of thought and many of the people I emailed were SEO agencies who likely would not want to get involved.

2 days after emailing everyone I began following up all those who either said they’d get back to me later, or were unresponsive to the first mail shot.

Here are a few examples of followup emails I sent at various stages of the process and their conversion rates:

Follow up email sent 2 days after no response to first email: Follow up email sent to lightly nudge those who said they’d contribute: In total I received 8 more answers from these follow up emails bringing the grand total to 28 on Friday 23 August.

Note: You’ll notice I dropped a few of the experts’ names in these follow up emails to entice people to get involved. This clearly helped a lot in securing 8 more contributions, as many people may have been reluctant at first to contribute.

This conversion rate may sound low, but that’s because most were not the right people to reach out to.

When you isolate the list of high profile gurus I contacted (22 people), we see a much higher conversion rate, because 10/22 gurus contributed an answer (45% conversion rate)

Between 5am on Monday morning until 10am on Tuesday morning I had just one 1/12 hour power nap on my sofa. The most sleep I got over the rest of the week was just 4 hours every 24 hours or so.

This is because I know it’s vital to reply to people as soon as possible in order to maximise response rates.

I made it even harder for myself because I was reaching out to people in various time zones so once I’d finished chatting to people from New Zealand and Australia I’d then move on to the UK and later US, so I needed to be awake around the clock to ensure quick replies!

There’s a big difference in the overall conversion rate between my local SEO roundup and the link building tools roundup. The ratios here are answers received out of total amount of people contacted:

In a nutshell, the fundamental reason my link building tools roundup achieved a higher conversion rate is because the question was right on the money:

“If you could only use 3 SEO tools for your link building campaigns which 3 tools would you choose?”

This question worked better because:

Reach Out to the Right People

The other reason my previous roundup saw more volume in responses is because I reached out to the right people.

For the link building tools roundup I only contacted real people and knew they were all frequently blogging or writing about SEO. They were more approachable and regularly active online.

But for the local SEO roundup, many of the contacts I emailed were actually SEO agencies, many of which did not have Twitter accounts, were not “internet personalities” and perhaps did not want to divulge their secret tactics.

The reason I emailed a lot of agencies was because these guys were ranking high on Google for “local SEO” and “local search”, so although they were not known as “gurus” they were still obviously doing a great job and their insights would be just as helpful.

Also I wanted to create an “around the world” vibe and could not really market that if every single person was from the United States.

Anyway, the results are fantastic and despite the conversion rate being a little low the final post has produced a wonderful mix of answers that will be a huge help for anyone seeking to rank their business online!

Expert roundups take a lot of effort to put together but the results are well worth the hard work and lack of sleep!

It’s important you are persistent and reply quickly in order to maximise results.

If you’re not sure your question is quite right, test it out on a few people first and then rework it for the majority. (Although I didn’t mention this above, the week before I started my email outreach I tested a question with a handful of agencies in the UK and no one responded. Then after asking a few friends in the industry they said the question was a little too difficult and needed reworking, so I fixed it over the weekend and started again on Monday).

Key Takeaway: If you’re thinking of doing an expert roundup and want to blow people away with the crazy amount of experts or big brands you get involved, craft your question so it can be answered in a single Tweet to dramatically boost response rates.

Do you have any special tactics for boosting your outreach conversion rates? 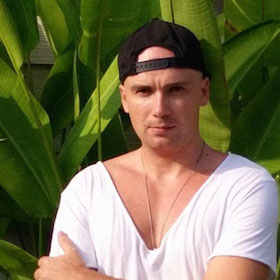 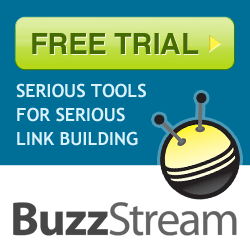